Our Homeschool Curriculum: The Noah Plan®

One of the best things about homeschooling is that we have the flexibility to have each year look different. Even though we use the Noah Plan® Overviews as a spine, we have flexibility. So, this is a glimpse for how our school year is shaping up with our homeschool curriculum, The Noah Plan®…

This year we’re looking forward to doing a study on the People of the Promised Land. And we’re going to notebook our way through it using the strategic reading process found in The Noah Plan® Reading Curriculum Guide, Second Edition: K-12.

While our curriculum calls for French and Latin, we’re also looking forward to learning Hebrew this year. I’m super excited about this! And one of the lovely things about it is that I don’t have to try to teach it as I learn. Also, it’s going to be super helpful to have other families to practice with via this on-line course. Oh, and if we have to miss any of the live classes, we have lifetime access to the video recordings. So, what’s the course we’re taking? Happily, we’re starting with a 10-week course from Hebrew for Homeschoolers. 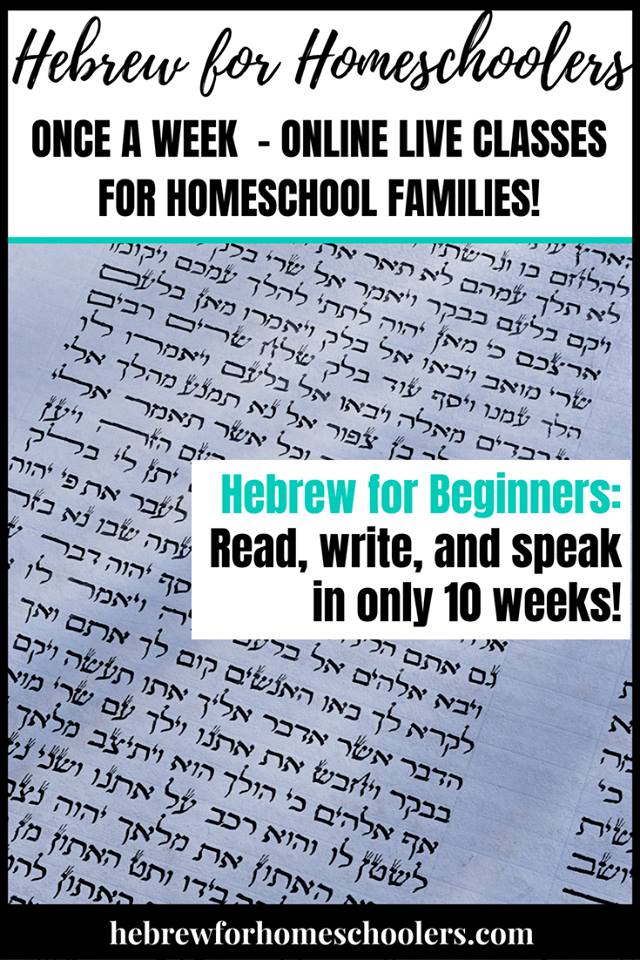 Recently, I learned about the following quote from Martin Luther:

“Hebrew is the best language to learn of all… no one can really understand Scripture without it.” – Martin Luther

While the Hebrew alphabet looks a little intimidating, each letter has only one sound to it. And the beginning sound for each letter name lets me know the sound that letter will make. Plain and simple.

I haven’t decided on what yet, but we’ll be doing something memorable at the end of the 10-week Hebrew for Homeschoolers course. Because we’ll be able to read, write, and speak Hebrew. Exciting!

Once this course is over, we’ll take up our French and Latin and Greek root studies.

Note: Save 20% on the Hebrew for Homeschoolers course! You have until August 31st to use coupon code: BLESSEDB2HS181920

Also, we learn Bible Principles (truths) of mathematics with the Noah Plan® Mathematics Curriculum Guide. And we study Key Individuals in mathematics on the Chain of Christianity™.

But for my younger students, I’m using RightStart™ Mathematics. As much as I love working with my children individually, it takes a lot of time to teach math. By the time I get through math lessons with each one, it’s nearing the end of the day.

As a result, I need to find a way to either duplicate myself or hire out some of the math. Therefore, our older students are using CTCMath. And this is such a big help to me. In general, our students have no problem learning from CTCMath video lessons. Plus, there are printable worksheets for them to work out their problems. And what’s really dreamy is that their work is graded right away. My kids get immediate feedback and I don’t have to squeeze in any other minute for grading.

To begin with, we’re continuing with learning more about the Protestant Reformation. And we’ll be learning more in depth about the history of how we got the precious gift of the Bible in English. Some of my favorite resources to help us learn about God’s Providential Hand during this time in history are The Noah Plan® English Curriculum Guide and Teaching and Learning America’s Christian History®.

But then we’ll move forward to learn more about:

The plans for this are still taking shape. But we’ll be studying poetry. And studying Essay via Paul’s letters. For example, 1 Corinthians 13 on Love and Hebrews 11 on Faith. Furthermore, we’ll be studying about writing essays from masters: Montaigne, Bacon, Locke, Holmes, Emerson, and Dickinson.

Speech is something that our high school students have taken. And our two oldest have taken debate through materials via Christian Communicators Northwest. Our younger students will be practicing speech in a homeschool co-op they’re participating in this year.

As for short stories, we’ll be focusing on a highly specialized type of prose fiction that “…reflects the character and conscience of nation on the Chain of Christianity® moving westward in America.” Some examples are short story in Scripture and selections from Hawthorne, Irving, Poe, Stockton, Hart, and O’Henry.

Our novel of focus is David Copperfield.

Drama is another form of literature and our curriculum calls for a short play. So, we’ll probably make a short family film for that assignment.

And the last two categories are a biography and an autobiography. For biography, we’ll do a brief study in the Scripture of David. Plus, we’ll read about Abraham Lincoln. And our autobiography is on Benjamin Franklin.

In general, our English lessons tie in beautifully with our literature studies. For instance, our students are to write an essay about the impact of the French language on English. And they’ll be writing an essay on the Providential role of Latin in the English language.

But for our orthography (spelling), we use Spell to Write and Read and the mechanics of grammar are easily taught via that curriculum.

On the whole, having our writing integrated with our literature lessons saves so much time. And it just makes sense to do it this way.

We’re covering Botany this year. This is still taking shape. For sure, we’re using Apologia’s Botany curriculum as a spine. But we’ll be doing word studies, Key Individual studies on the Chain of Christianity®, etc.

Biology may have a role as well for our high school students. And I think we’ll go about it in the same way that we are with our Botany studies.

As always, these are the best laid plans. And they all look great on paper. But we’ll see how our days are ordered and what the Lord has for us as the school year unfolds.

Blessings to you as you plan your school year and carry it out responsibly. 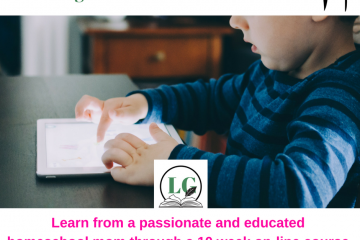 Teaching Hebrew in Your Homeschool

Teaching Hebrew in Your Homeschool Many Christians are learning Hebrew. Whether or not you’re familiar with this language, it’s beautiful for multiple reasons and beneficial to learn. Plus, it’s fun to learn a new language. Read more… 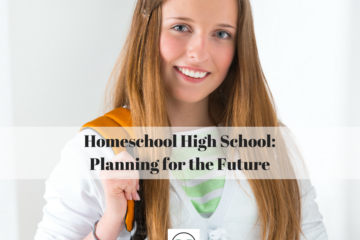 Homeschool High School: Planning for the Future As loving parents, we all want to see things go well in life for our children. We want them to learn, grow spiritually and personally, to serve, and Read more…

Get the latest news and special discounts.